Our team is made up of highly skilled people who all have their own unique story and a vast pool of life experience, which they are able to tap into when helping clients.

We also believe that each of our clients is a unique human being with their own approach to problem solving and emotional intelligence. We strongly believe that the last thing anyone facing psychological problems needs is a ‘one size fits all’ approach or someone standing in judgement.

More than ever before people are talking about mental health alongside our physical health and social environment. We are increasingly coming to understand that our overall health is dependant upon our mental well-being.

All of our therapists are trained to listen and engage. We do not rely upon ‘tick box’ therapy or believe that the internet is a cheap option to face-to-face help from an interested, empathic and skilled human being. We want people to recover and thrive, not just temporarily muddle through and survive.

As many as one in three people in the UK suffer from difficulties with their mental and emotional health – that’s a similar number to those who will suffer from cancer or heart disease but the funding for mental health care continues to lag behind. That’s why as part of our commitment to improving mental health, all our counsellors donate time to voluntary work with mental health charities. By using our professional services, you are helping us to continue helping those in our society in crisis who may otherwise face delays in accessing appropriate treatment.

Some of our counsellors have many years’ experience of providing mental health in the NHS as well as clinical, corporate, legal and private client settings. We are not just trained experts – we are also experts through experience 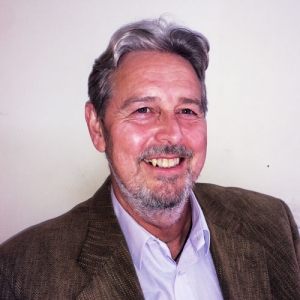 Stephen is clinical team leader and has a number of high net worth, high profile and celebrity clients. He was educated at King’s School Macclesfield.

He first became involved in mental health in the late 1970s, training as an NHS psychiatric nurse to RMN level and gaining a wide ranging experience in all areas of acute and chronic mental health including working in teams employing CBT and other therapies in cases of addiction and phobias.

Stephen developed type 1 diabetes in his twenties and decided upon a career change, gaining a law degree and later a masters degree in international law. He worked for a while in Lincoln’s Inn Fields in central London before moving nearer to his family home and specialising in personal injury and later, clinical negligence law as a senior fee-earner. It was during this time that be became particularly interested in post-traumatic stress disorder and its treatment.

At the age of 49, Stephen suffered a major heart attack which left him on life support. He recovered after surgery but suffered from severe PTSD for a period and found the treatment on offer through the NHS to be patchy and inadequate.

As a result of his experiences, Stephen decided to change career once again, returning to University, studying counselling psychology at postgraduate level before setting up his own practice as a counsellor and psychotherapist with a particular interest in PTSD, diabetes and post accident recovery and growth.

Stephen carries out his work for private individuals, as well for corporate and solicitor clients. He also has experience of working with returnees from war zones, conflict zone veterans and also plays an active part as a trustee of a mental health charity.

In his spare time, Stephen writes, undertakes public engagements and holidays by travelling around Europe in his 1969 Volvo Amazon, ‘Hannibal’, as a member of an historic endurance rallying organisation.